You are here: Home » Trustees 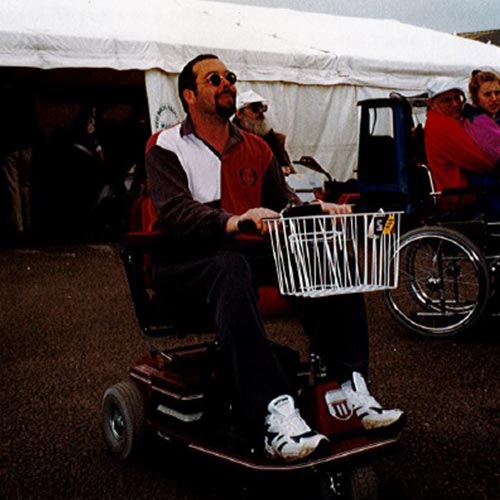 “Growing up in Brighton, I left school in 1973 at the age of 16, not really having a clue about how I’d like to earn my living. I enrolled at Brighton Technical College intending to do a full-time course but found it too much like school so I left after only a few weeks and got a job as a Hodcarrier, quickly realising I wasn’t cut out for hard physical work.
I then became a trainee Building Surveyor doing day release and evening classes. Really enjoyed the work and felt very lucky to be doing a job I loved.

In 1986, aged 29 I was diagnosed with a tumour on the brain stem and subsequently had to take early retirement. I truly believed I could work hard and be rehabilitated and return to work, however this never happened and I retrained to make stained glass windows, which although very enjoyable was not a good choice to earn a living as the limited use of my left arm and leg meant that I could not work fast enough or long enough to make it pay. It has since become an absorbing hobby.

In 2010 I became a trustee with Crossroads, hoping that my experience of disability would prove useful .I also wanted to give something back to Society.

In the future, I would like to see Crossroads increase its ability to offer more Charitable support to people desperately in need of respite care but not able to get Council support nor able to pay privately.”

“I have been privileged to have been a trustee with Crossroads since joining the Lewes Branch in 1996 and subsequently with East Sussex Brighton and Hove Crossroads following a merger of Sussex Branches in 2008. During that time I was a member of Care for the Carers, formed to support carers in East Sussex.

I spent all of my working life with British Telecoms as a professional engineer, taking early retirement in 1994 to look after my disabled wife. As a consequence I was an active carer for some forty years, the last twenty of which were 24/7. Having experienced the “coal face” of caring for so long and in part relying on the indispensable and invaluable support/respite made available for carers by various organisations within the community, particularly Crossroads of course, it was not surprising that I joined the company when offered the opportunity of becoming a trustee helping to ensure the continuity of that service. The organisation continues to provide a first class service in supporting carers maintained by a professional and dedicated staff.
Although I lost my wife 2 years ago my enthusiasm for the need to support carers and their dependants has not diminished, especially given the need in the community is an ever increasing one.

I have a son and two granddaughters living and working in Italy. I enjoy playing golf and walking in my spare time and have been a member of a philosophy school for many years now. Latterly I have been elected as a trustee onto the local Parochial Church Council.” 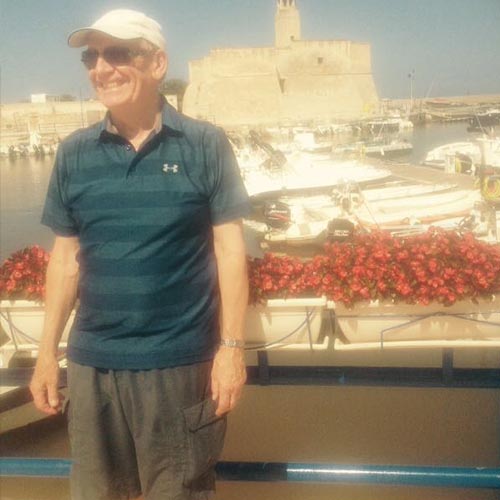 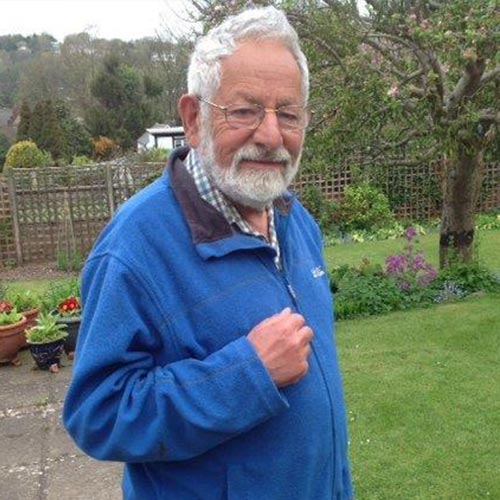 “Over thirty years ago, I became a governor of the SEN (Special Educational Needs) Secondary School in Brighton attended by my daughter, who has autism and learning difficulties. Subsequently, I chaired an organisation which parents established to provide a residential home for adults with learning disabilities in Brighton, which opened in 1990 and is still going.

In 1988, I was a researcher at the University of Sussex, and the partner of a colleague was manager of Brighton Crossroads, which was then short of trustees. I became a trustee. , and chairman in 2001.

After the merger between Brighton and Hove Crossroads, in 2008 I became a trustee of East Sussex Brighton &Hove, Crossroads Care, formed by merger with Crossroads schemes based in East Sussex. In 2011, after the resignation of Robert Brown, MBE, I was asked to take his place as chairman.

I would like to see ESBHC continuing to play a dynamic and enthusiastic role in the provision of care- especially respite care for carers –in close cooperation with other organisations which provide health and social care in our region. During my long, turbulent participation in the voluntary sector, I have sadly but inevitably been involved in organisations making bad mistakes. So I see a significant part of my role as providing gentle, friendly warnings to colleagues along the lines of “be careful before you do that, we did that before and experienced some terrible difficulties.”

“My Name is Robert Brown. I live on one of the old Council estates in Brighton & Hove. I have lived in Brighton all my life. I worked for 21 years as an Orthotist in the NHS. (Surgical appliance fitter) I became disabled whilst working at Dorking hospital in 1991. (Displaced five bones in the neck, and nerve root damage lumber region.)

It was when I was discharged from hospital after 6 months of learning to walk and rebuilding my muscles, I returned home to realise my mother had started to go into dementia. It was when I came to a crisis of not sleeping for three months that Social Servicers introduced me to respite care. This is when I realised that there was an organisation called “Crossroads”. The charity saved my mind from imploding.

I first became a trustee in 2003 of the old “Brighton Crossroads” and then when they merged East Sussex and Brighton & Hove Crossroads I continued to a trustee. After the then chairman resigned, I was voted on as chair of the board of trustees. I had to stand down in 2011.

Since my mother’s death in 2004, I attended higher education, with qualifications that would help in be a trustee. I have one certificate at Sussex University for “Advocacy and Empowerment”, and a certificate in “Management of the Voluntary Sector”. Crossroads help me so much, that I fill I must put something back into the organisation.”

Scheme member of the Crossroads Association, Charity No. 1060552

Company Limited by Guarantee. Registered in England No. 3244453